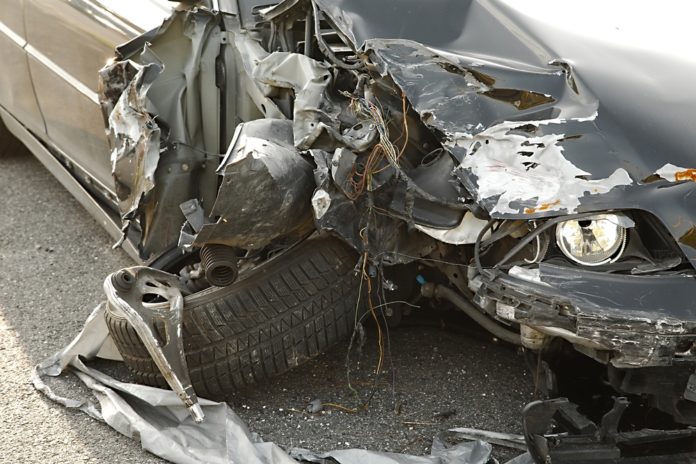 If you are involved in a car crash and have an entirely wrecked car you can do several things including selling individual parts of the car, fix your car or you can be as kind as donating it to a charity.

Your vehicle is most likely going to be declared as a total loss after being seriously damaged in a major car accident. This experience can be quite painful to bear especially if you have invested a lot in the car. The first thing to do is to contact your auto insurance provider to determine the next line of action.

Every state in the country has their total loss threshold. This means that if the car damage equals or is greater than the percentage set by the state, your auto insurance company will tag the car “total loss.” For states without a specific threshold percent, they device other methods for calculating the total loss like California uses the Total Loss Formula (TLF). TLF is the scrap value plus repair cost and how it compares with the value of the car before the crash.

Things to do with your totaled car

Repair and retain it

If your car is still safe to drive (say the total loss is as a result of the damage being just cosmetic and not mechanical) or if the settlement money you are offered is far from being able to help you get a replacement car or you just need to keep your prized classic car. If you decide to go through with repairs and retain it, your auto insurance company will deduct the salvage value (which is the money it should have gotten for the damaged car), and if you were at fault, a deductible would be taken while you are given the rest of the cash.

For the record, getting car insurance for a salvage title car is not easy. While some companies will refuse to insure them, others will offer a liability insurance and not a comprehensive or collision insurance.

Retain the car but don’t repair

Another option you can consider is retaining the car but only if it is safe to drive. You can also accept the verdict of the total loss and the cosmetic damage seen on the car without bothering to fix it. Such scenarios are commonplace in paint damage, scratches and severe dents caused by different minor accidents or even hail damage. As long as the airbags didn’t unfold and the car’s transmission and engine are still in good shape, you can go ahead and keep using it. This is a good option especially when the money your insurance company is offering isn’t able to get you a replacement car.

Auto insurance companies buy totaled cars to sell its parts. You can decide to tow this route if you are skilled enough to carefully dismantle and remove the parts of your car and price them accordingly. If you do this correctly, you could earn more cash than your insurance company offers you. This is also a good option for people who work on cars and would like to use some parts on another car.

This is the favored option by a lot of people. They prefer to take the money offered by the auto insurance company. What this means is that – they ‘sell’ their totaled car to these companies. The process involves you being told about your car’s actual value by your insurer or the insurer of the driver at fault. You would then be offered a check with the stated amount. If the crash fault is yours, the insurer will take out the deductible and pay the rest amount. It’s important to note that you can negotiate the amount offered.
During negotiations, be clear about how the insurer came about the value of your car. Their modus operandi involves checking out the value of five cars which can be compared to yours. They usually leave out the least expensive and most expensive car and use the average estimated price of the three remaining middle cars to pay you.

One issue with this process is the inaccuracy of data the insurer might have. For one, the five cars used might be models lower than that of your car, or they lack the customization of your car. So, it’s best to ask your insurer how the offered price came about and insist the exact model with customizations and even the mileage before the crash are duly considered. However, you don’t expect to go up against them without a fight so come prepared with proofs to back up your claim about your car’s actual worth. You’ll need receipts for all the installations and customizations carried out on the car (bringing maintenance and repair receipts would only do more harm to your cause).

Donating your car is another option to consider especially if you want to get a reduced tax fee based on the decreased value. If you decide to go this route, donation services can come and tow your car free of charge, dismantle it and sell its parts. You can then choose which charity gets the money received from the sales of the totaled car parts. These are some of the popular charity options:

You would be required to fill out a form to have a charity gifted the car as well as a title transfer. The process is state dependent. If your car is valued over $5,000, you would need an independent appraisal. Donating would not bring in as much money as it would have if you dismantled and sold it in part yourself, however, it’s a good option if you only feel like disposing of the car.