There are several reasons why you may decide to drain your gas tank of the fuel in it. The most prominent of these reasons today is bad gas. In yesteryears, “bad gas” was contaminated fuel mixed with water and had stayed put for several years or just filled with solid dirt. It wasn’t a common occurrence to accidentally have bad gas in your tank but now and then you’d still hear about someone who had their car’s tank filled with the bad gas station. Most times, bad gas was a problem associated with certain types of people like older folks and farmers. All those people who let things sit ideal for long before eventually trying to take a shortcut, leaving the old fuel in the engine or gas tank and trying to kick-start the internal combustion equipment.

But that was the old days. Bad gas these days isn’t specific to any person, rather it’s everyone’s problem. Adding ethanol to motor fuel has escalated the issue because this ethanol-enhanced fuel causes damages in car engines both small and larger ones. The problem is the old, ethanol-free gas can take several years before it turns unstable but the new E10 fuel which contains 10% of ethanol doesn’t take years but months to turn bad. This Consumer Reports article discusses their findings of the E15 fuel which contains 15% ethanol. 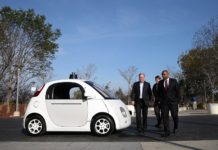