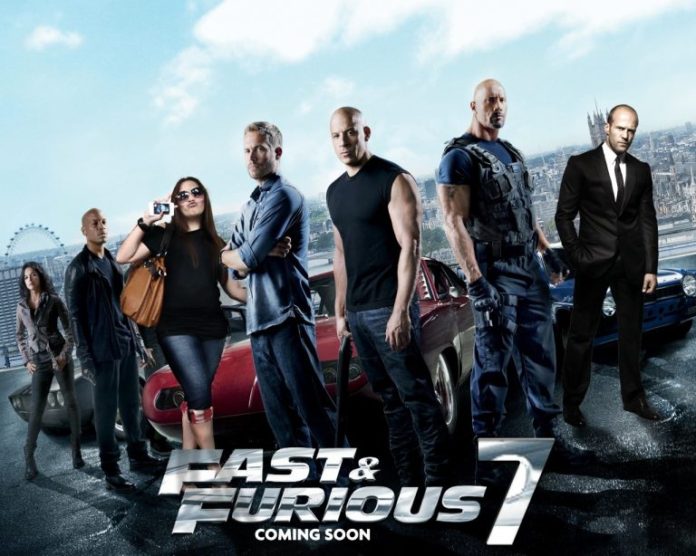 Whether you’re a total Car Nut or you just enjoy the fantasy of being behind the wheel of a sexy machine with four wheels, there is, without a doubt, a plethora of high octane, action packed movies to satisfy even the biggest appetite.
When it comes to the film industry everyone wants a shot at providing the audience with a high energy, fuel induced experience with the sort of eye candy that gets your heart racing – ahem pun intended!!! Some are just about as successful as they can get, whilst others not so much. Here are the top 15 Hollywood Car Movies of all time………in our opinion…….see if you agree?! 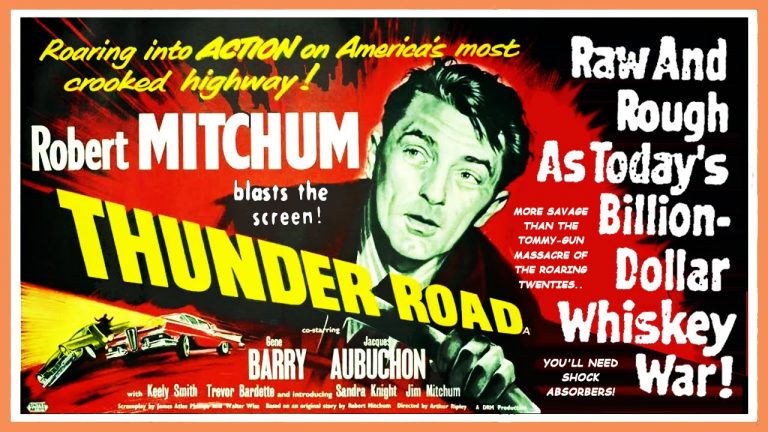 This is definitely one of the cult classics that deserves a place in the top 15, with plenty to satisfy a gear heads needs, even if it is on the classical side of the fence. Starring the well loved Robert Mitchum, who plays the part of a Korean War veteran that takes over the family moonshining business and all the trouble that comes with it. A new battle pursues – with big-city gangsters trying to take over the business and the police who are trying to put him in prison. Classic Friday night movie. No 14 is a crime fest! 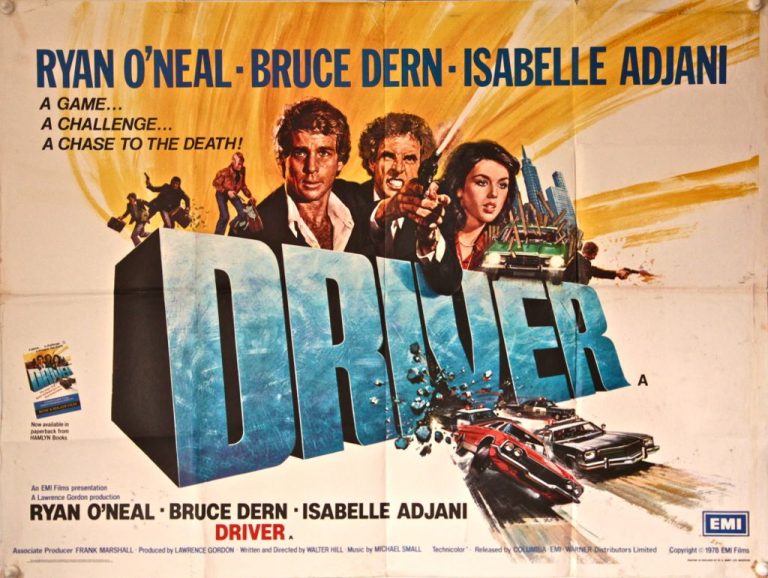 This 70’s film definitely belongs in the top 15! The high concentration of action makes the fact that it is a low dialogue film seem of little importance. It has some of the best driving sequences ever filmed and will get anyone who loves car chases, with a cops and robbers theme, on the edge of their seats. Check out number 13! You’ll never look at a car the same way again! 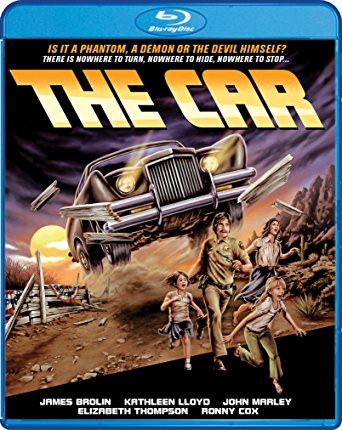 Something different! Prepare to be terrorised by a possessed car! That’s right, this movies car is possessed and does everything mechanically possible to kill anyone in its path. Cue scary music and terror!!! If Jason Statham gets your heart racing then you’re in for a visual double whammy with the next movie! 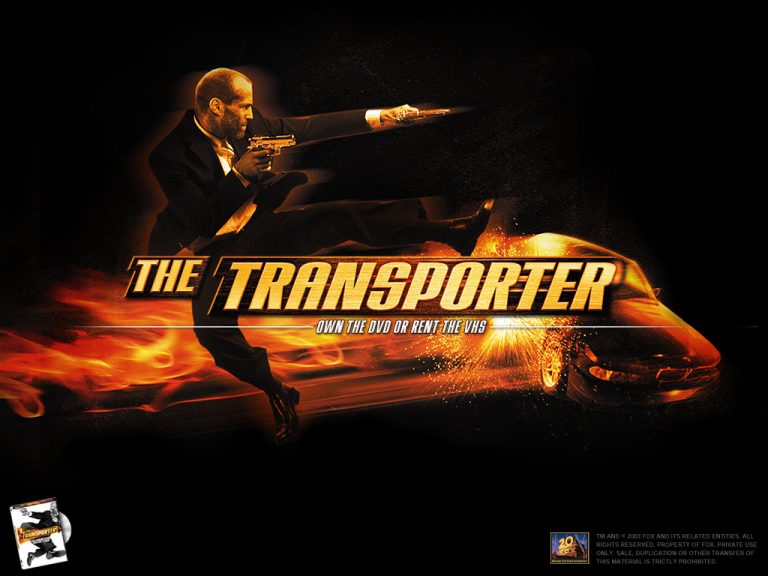 This film a has a little bit of everything; Jason Statham (swoon – if he’s the sort of bloke to float your boat?!), a bomb or two, fight scenes and of course not forgetting the very thing that allows this film to make it in the top 15 – fast moving cars!!! With 4 films produced for this franchise, it’s a good excuse for a duvet day! 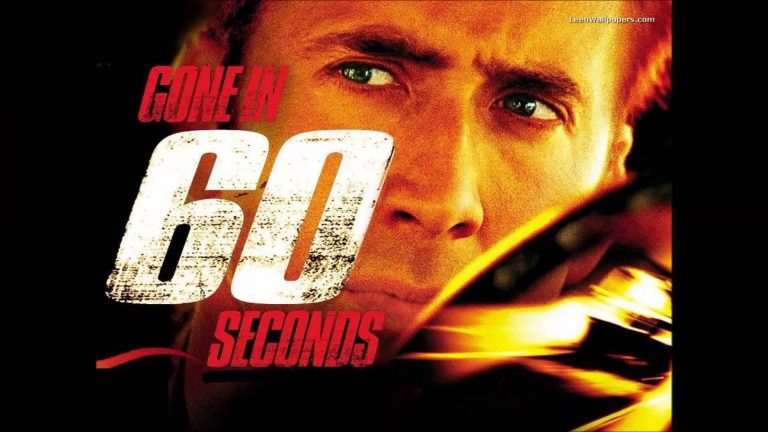 An all star cast with Nicholas Cage as the lead character. You want high octane, dramatic car chases, sexy people and even sexier cars this is the film for you. Nicholas Cage portrays an ex -car thief who has cleaned up his act and now lives by the law. Unfortunately his brother is in big trouble and the only way to save him is to steal 50 cars in one night. Impossible I hear you say……..not if you’re Cage!! Super speedy and action packed! 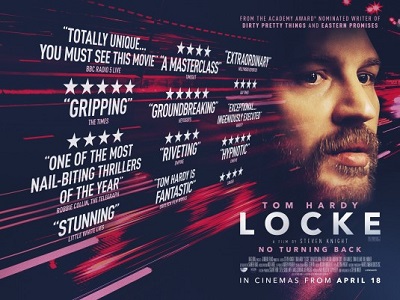 A role that requires a certain style of acting and a man that can pull it off; Tom Hardy is the man that does just that, the only person you see throughout the movie, despite there being several voices also playing their valuable part. A seemingly decent family man with a career heading in the right direction, everything working just the way he wants, suddenly has everything jeopardised by one twist of fate. Definitely worth a watch. Check out No 9 if you’re a Formula one fan! 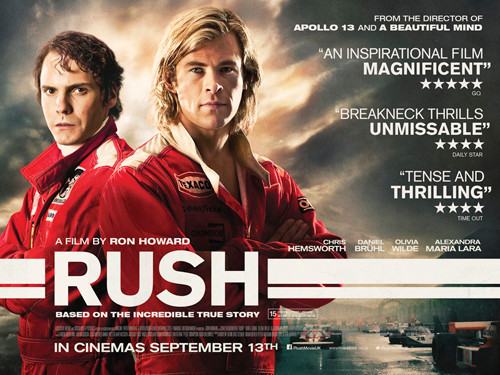 A Formula One epic! True life storyline based on the rivalry of two Formula One drivers who are willing to risk everything to become world champion. Set in the very sexy and glamorous days of 70’s racing, the story of two very different characters with the same goal unfolds both on and off the track. A must see! It’s time the women take the wheel…………. 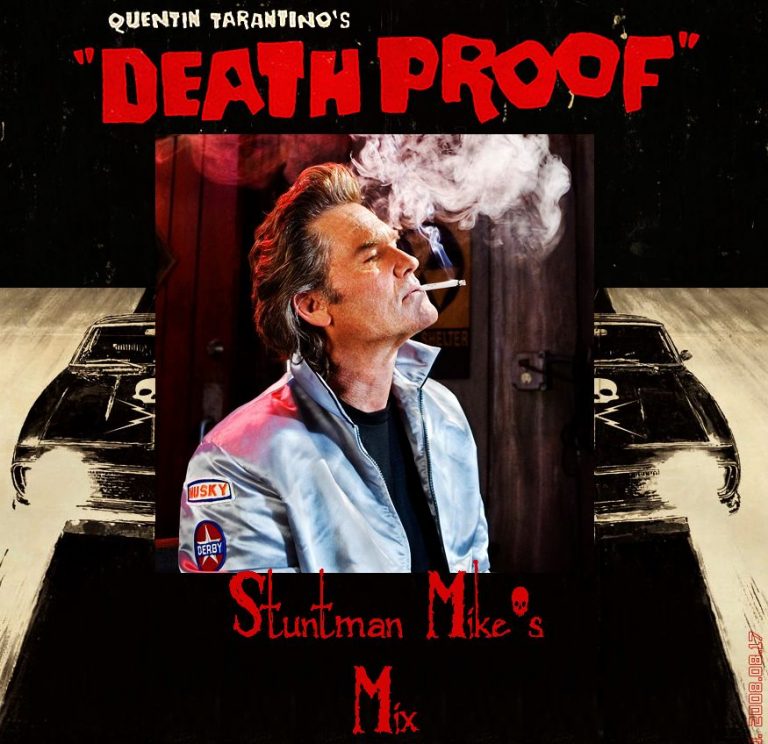 Death Proof is a Quentin Tarantino special at its best. Starring Kurt Russell (a personal favourite) as an ex Hollywood stuntman who has a need for picking up women and taking them for a spin in his ‘death-proof’ stunt car, which doesn’t seem too bad, does it? Unfortunately he finishes the ride by crashing the car, killing the women but walking away unscathed himself. All good things come to an end when he messes with the wrong women……… that’ll teach him!! Who loves Vin Diesel and The Rock?! You do? Then check out No 7! 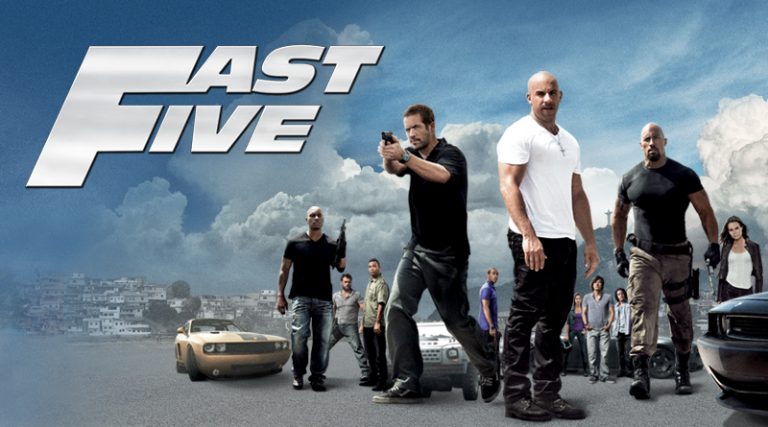 The fifth in the long list of films attached to this franchise, an all star cast, with the good old fashion chase me element where good and bad seem to be blurred, it’s hard to know if you’re routing for the right guys. One thing’s for sure, both cars and cast will be enough eye candy to appeal to just about any one! If you’re a fan of Angelina Jolie then No 6 is for you! 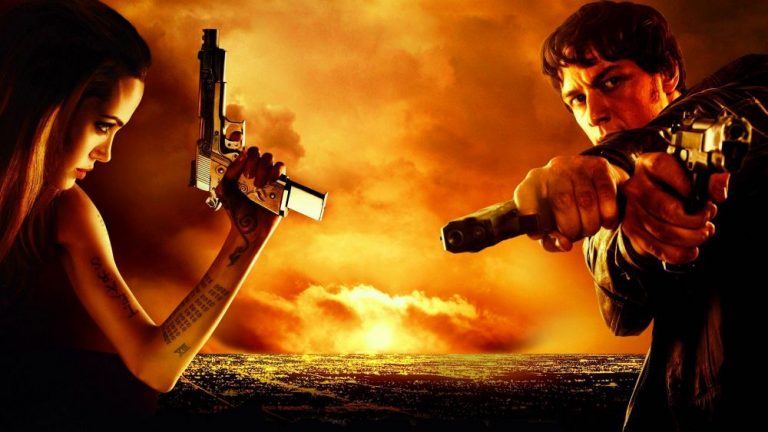 Not quite a car movie, more a story of an office worker who follows in his fathers footsteps as an assassin after finding out that he has been murdered. Queue the action! We’ve allowed it at No 6 as it does have some edge of your seat car chases. If 70’s movies or Mel Gibson are your thing then check out No 5. 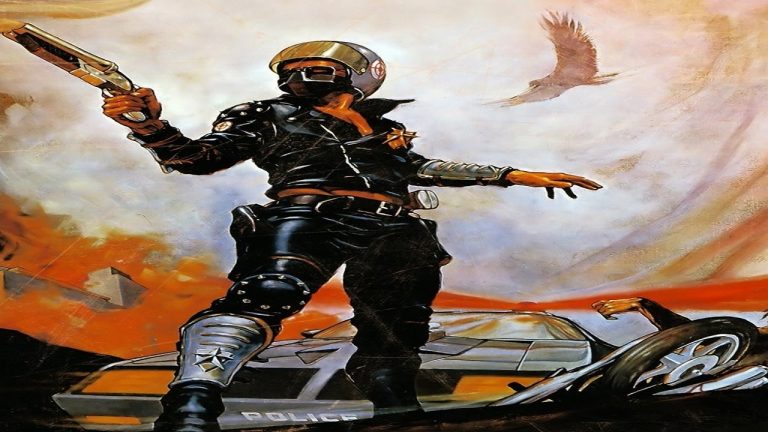 A revenge film at its best, throw in that 70’s style and Mel Gibson and you’ve got yourself a real gem. Set in a not so distant future when everything has gone to hell, Mel Gibson is a highway patrolman who is hell bent on revenge after everything dear to him is taken away. The No 1 car film is just round the corner. 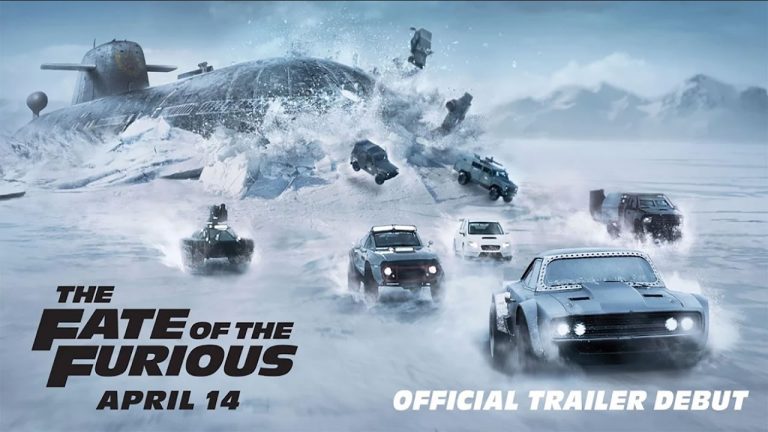 You should know them well by now! Another of the Fast and furious franchise which delivers just as much fast paced, action packed, fuel induced adventure to get all you gearheads hooked! No 3 is a Walt Disney classic but don’t let that stop you from watching, everyone with a heart will love this movie………… 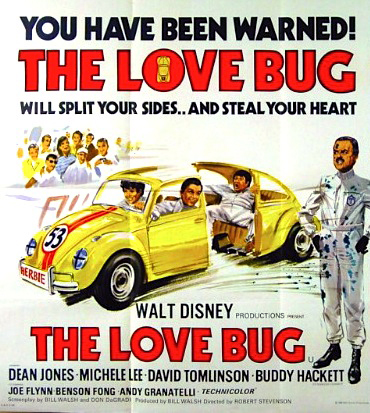 A heart-warming loveable car with a mind of its own that takes its driver on a truly comical and exciting racing journey. One to watch with the kids. Not sure where No 2 fits in to being a film of its own, a reboot or a sequel, but it definitely deserves second place.

Tom hardy is just brilliant along side Charlize Theron in the latest film in the Mad Max franchise. Max, Tom Hardy, helps a group of female prisoners led by rebel, Imperator Furiosa, to escape to freedom in a post-apocalyptic Australia. Plenty of action with some spectacular four wheel chases. Here we go No 1!! 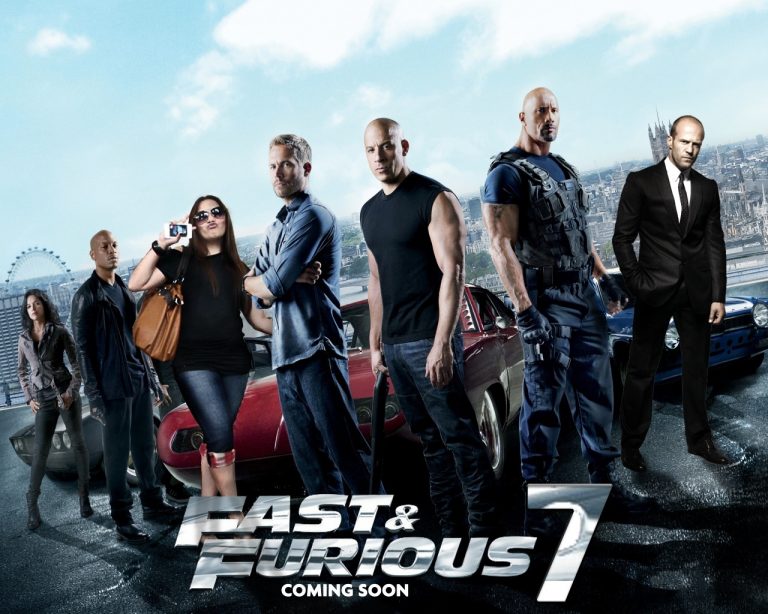 Yes you guessed it! Another of the Fast Furious franchise…… No 7 to be precise. Another action packed, fuel induced car movie that rocks your world! And without a doubt it is a vision to behold and by popular demand makes it to the number 1 spot!! Personally I love the more quirky, seventies, post-apocalyptic movies! Some may agree, some may disagree………what do you think? 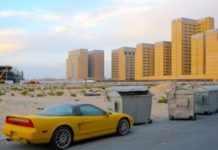